Leave us a message!

In 1950, Roger Störling founded the family business ‘AB Sportsbeklädnad Urheiluvaatetus Oy’, initially specialising in jogging wear. The earliest products were made in the kitchen of an old farmhouse in Kokkola on the west coast of Finland. The company acquired its first welding machines in 1953 and broadened its product range into the area of waterproof rainwear. Three years later the company moved into a new building in Kokkola’s city centre, where industrial-scale production commenced.

The company changed its name to Rukka Products in 1966 and in 1981 it became simply Rukka Oy, ‘Rukka’ being founder Roger Störling’s nickname. The flags in the modern-day Rukka logo stand for the letters R,U,K,K,A in the international flag signal alphabet – an homage to the sport of sailing which once constituted the core of Rukka’s business.

Since 1990, Rukka has been an independent division of the L-Fashion Group Oy, one of Europe’s largest sports wear manufacturers based in Lahti, Finland. In addition to Rukka,  the L-Fashion Group is home to brands like Luhta, Icepeak, Torstai and Sinisalo.

In the product development process Rukka closely cooperates with various research and development institutions to create the perfect product. In active collaboration with suppliers such as Gore and DuPont, new materials are developed and their suitability for functional clothing is tested.

From the planning stage to the final product, Rukka spares no expense to obtain the best possible results. Every single kind of material is tested several times by both the supplier and Rukka before it is used in the production. The manufacturing process itself is also subject to constant evaluation. In the final development stage professional testers and experienced sports enthusiasts evaluate the prototypes’ functionality in field tests. The findings from countless testing sessions in cold and hot weather, rain and snow are also taken into account before the product is approved for large scale production. 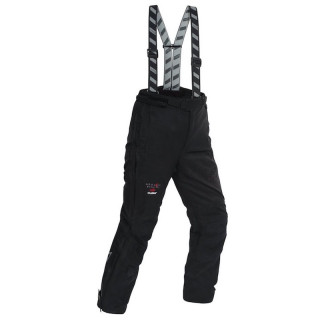